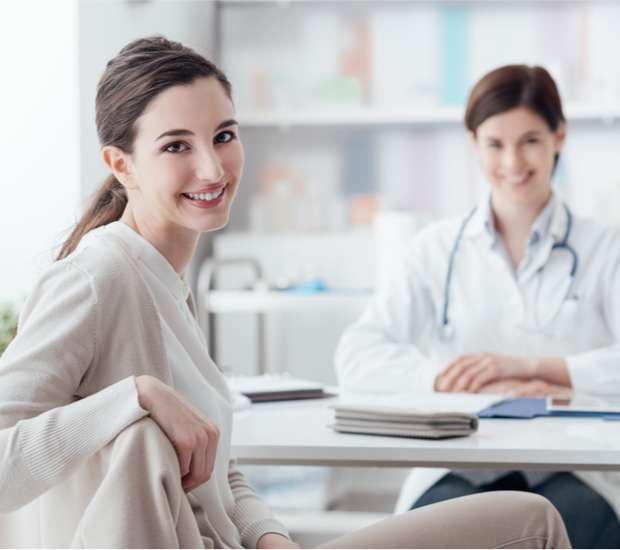 Sleep apnea is a sleep disorder characterized by pauses in breathing or periods of shallow breathing during sleep. Each pause can last for a few seconds to a few minutes and they happen many times a night. In the most common form, this follows loud snoring. There may be a choking or snorting sound as breathing resumes. As it disrupts normal sleep, those affected may experience sleepiness or feel tired during the day. In children it may cause problems in school or hyperactivity. A patient can have OSA (Obstructive Sleep Apnea) or CSA (Central Sleep Apnea).

OSA is the most common, affecting 1-6% of adults and 2% of children. It affects males twice as often as females. Any age person can be affected but the most common is 55-60 years old. Breathing is interrupted by a blockage of airflow.

In CSA, a patient stops breathing due to a lack of effort to breathe.

Individuals with sleep apnea may not be aware they have issues. Often it is first observed by a family member due to the individual snoring.

Insomnia, also known as sleeplessness, is a disorder when people have trouble sleeping. They may have difficulty falling asleep or staying asleep as long as desired. Insomnia is typically followed by daytime sleepiness, low energy, irritability, and a depressed mood. It may result in an increased risk of motor vehicle accidents, as well as problems focusing and learning. Insomnia can be short term, lasting for days, weeks or long term. Insomnia can occur independently or as a result of another problem. Conditions that can result in insomnia include psychological stress, chronic pain, heart failure, hyperthyroidism, heartburn, restless leg syndrome, menopause, certain medications, and drugs such as caffeine, nicotine, and alcohol.

Narcolepsy is a long-term neurological disorder that involves a decreased ability to regulate sleep-wake cycles. Symptoms include periods of excessive daytime sleepiness that usually last from seconds to minutes and may occur at any time. About 70% of those affected also experience episodes of sudden loss of muscle strength, known as cataplexy. These spells can be brought on by strong emotions. People with narcolepsy tend to sleep about the same number of hours per day as people without, but the quality of sleep tends to be worse.

RLS (Restless Leg Syndrome) is a disorder that causes a strong urge to move one’s legs. There is often an unpleasant feeling in the legs that improves somewhat with movement. The feelings generally happen when at rest and therefore can make falling asleep difficult. Due to the disturbance in sleep, people with RLS may have daytime sleepiness, low energy, irritability, and a depressed mood.

There are two main types: early onset RLS starts before age 45, runs in families and may worsen over time; late onset RLS begins after age 45, starts suddenly, and does not worsen.

RLS affects an estimated 2.5–15% of the American population. Females are more commonly affected than males and it becomes more common with age.

Diabetes mellitus (DM), commonly referred to as diabetes, is a group of metabolic disorders in which there are high blood sugar levels over a prolonged period. Symptoms of high blood sugar include frequent urination, increased thirst, and increased hunger. If left untreated, diabetes may cause many complications, including cardiovascular disease, stroke, chronic kidney disease, foot ulcers, and damage to the eyes.

Diabetes is due to either the pancreas not producing enough insulin or the cells of the body not responding properly to the insulin produced. There are three main types of diabetes mellitus:

Approximately 8.3% of the adult population are affected by diabetes, with equal rates in both women and men.

Chronic obstructive pulmonary disease (COPD) is a type of obstructive lung disease characterized by long-term poor airflow. The main symptoms include shortness of breath and cough with sputum production. COPD is a progressive disease, meaning it typically worsens over time. Eventually everyday activities, such as walking up stairs, become difficult.

Tobacco smoking is the most common cause of COPD; air pollution and genetics can also play a smaller role. Most cases of COPD can be prevented by reducing exposure to risk factors. This includes decreasing rates of smoking and improving indoor and outdoor air quality.

COPD affects 2.4% of the global population. It typically occurs in people over the age of 40. Males and females are affected equally.

Office Hours
Get in touch